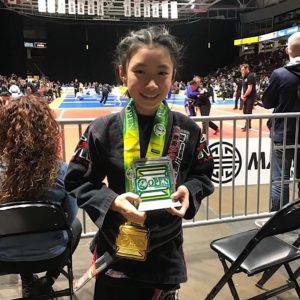 Praise – is to express favourable judgement.

You are putting yourself in a position of determining whether they are good or bad at something.

For example if you call your kid a superstar and then one day they don’t perform how does that make your kid feel. Does that make them, bad or a slacker. Unfortunately, as most kids take everything literally the child will think they’re not good. Other expressions of praise like good boy/girl,  that’s what I expected , when you say these things you do nothing to further your child accomplishments and you base their feelings of success on your own judgment.

It’s a big day for Johnny. Today we are doing takedowns and your child at least in your eyes is a superstar.

After his first match Johnny didn’t get one take down and felt so frustrated.

Parent – “don’t worry you’re a superstar you’ll get one.”

Johnny’s second match was even worse he stumbled all over the place and didn’t get one take down. 2nd water break you try to cheer up Johnny by saying

Parent – “you did awesome the other kid just got lucky.”

The big mistake was that they use praise in their attempt to push Johnny to succeed. Johnny may been having an off day, but he would’ve ended the match with a better attitude and situation if he hadn’t felt like he let everyone down. If he been encouraged about his hard work,  his hustle instead of receiving praise for a goal that was never met.

Encouragement – to inspire with courage

Encouragement inspires a child towards continued success by focussing on improvements and effort. Through encouragement a child develops internal motivation for appropriate behavior, and also the ability to work hard at a task or challenge because they are fully satisfied in their effort.

It’s a big day for Johnny today we are doing takedowns and your child at least in your eyes is a superstar.

Johnny -“I’m going to get five takedowns in three minutes.”

Parent – “that would be awesome what are you going to do out there to make it happen?”

After Johnny’s first match he didn’t get one take down during his water break you tell Johnny,

Even if Johnny doesn’t get a takedown in his next match he will feel good about his effort of hustling. After Johnny second match he still did not get one take down and feeling frustrated. After the match you respond,

Parent –  “I know you’re disappointed about the match, but I saw you hustling really hard out there.” “What are you most proud about your match?”

Johnny – “that I never gave up”

Parent – “I saw the frustration in your face but you must feel awesome about not quitting?”

Johnny – “I just couldn’t get the proper grips.”

Parent –  “is that something you would like to work on and practice more?”

You’ll notice how Johnny’s parents used encouragement to set the stage for more positive outcome whether Johnny got a take down or not, focussing on improvement in effort rather than piling on the pressure with praise.

Praise – Wow , another gold medal.
Encourage – Your hard work is really paying off

✅ We are more than your average Martial Arts School, bringing children,adults and families together in a positive and healthy atmosphere.

Come is for a Free Week and see for yourself.